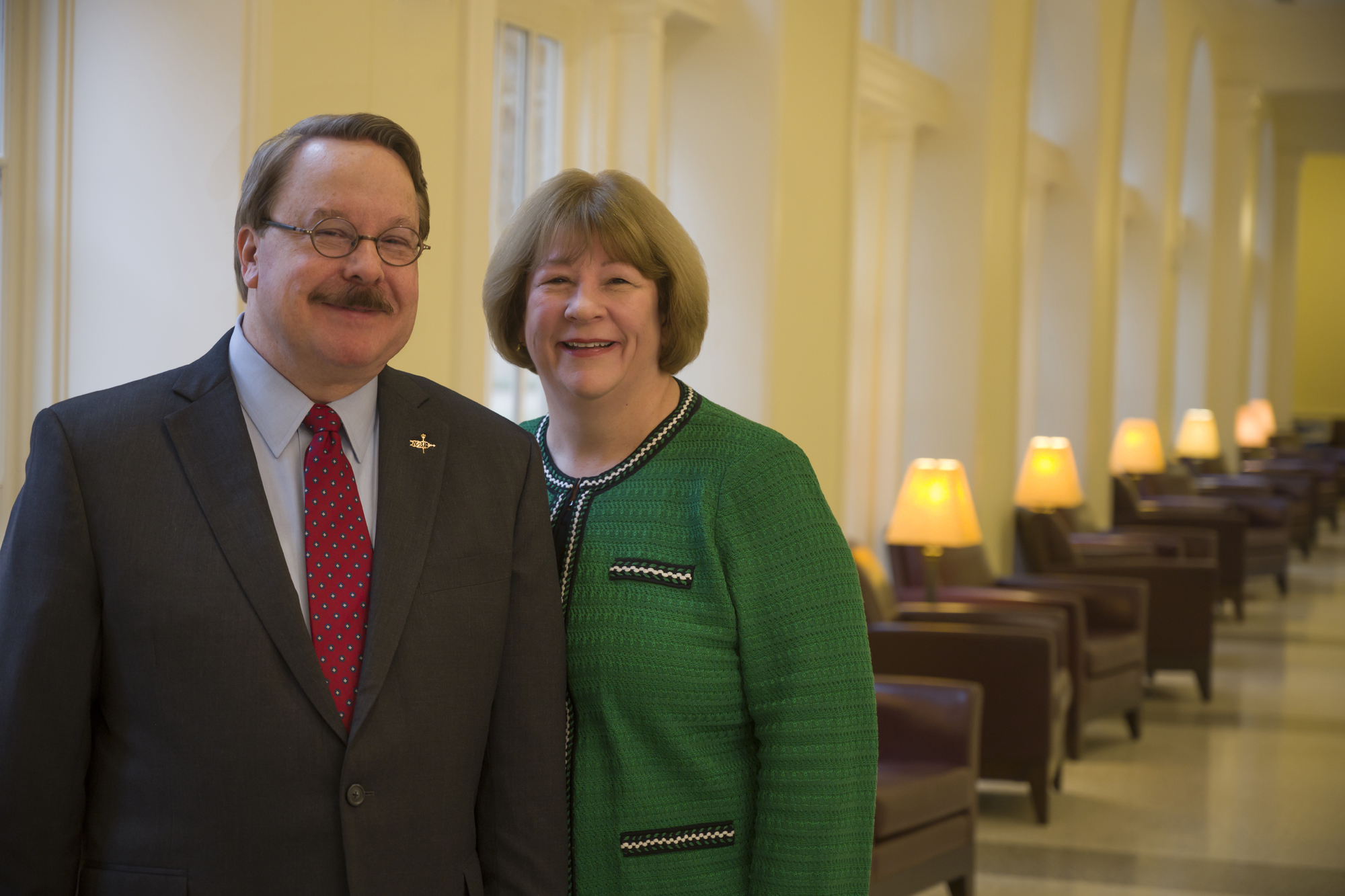 For Pamela Jordan Penny ’77, HON J.D. ’16 and James D. Penny J.D. ’83, their William & Mary educations were the foundation not only to excel, but to become leaders in the worlds of business and law. They are giving others the gift of opportunity through their estate plans, to ensure William & Mary’s bright future for all time coming.

“We don’t want William & Mary to be a static university; instead, we want it to grow and to offer new programs,” Pam Penny said. “We don’t know what the university will need years from now, but we’re making the funds available in order for W&M to pursue opportunities that are new and changing.”

The Pennys are leaving a legacy at William & Mary Law School and the Raymond A. Mason School of Business through their estate plans, and have named each school as a beneficiary of their retirement plans.

“William & Mary has been incredibly important to both our careers,” Jim Penny said. “It provided us with the education and knowledge that we needed to succeed — that’s why we have always supported the university.”

The Pennys met at KPMG, where they worked as senior accountants in the company’s Norfolk, Virginia, office. Jim left a year later to attend W&M Law School. While at KPMG, Pam gave regularly to William & Mary, because the organization encouraged employees to give back to their alma maters. The Pennys have continued giving to W&M ever since, for a continuous 41 years.

The couple had successful careers that spanned decades. Pam retired in 2016 as executive vice president and chief accounting officer of HCC Insurance Holdings, Inc. She previously was senior vice president and controller of American General Corporation and an audit partner at KPMG. Jim retired in 2015 after practicing as a tax attorney at Vinson & Elkins LLP for more than 30 years.

The Pennys, who have named W&M as the largest benefactor of their estates, said they chose to use a legacy gift as a way to support the university’s future because of the flexibility it provides.

“With planned giving, you have a lot of flexibility to indicate how these funds will be used in the future,” Jim shared. “You could endow a professorship or scholarships, or leave the funds unrestricted for the university to decide the best use. We’ve chosen to designate our funds to support professorships that we established at the business and law schools as part of the For the Bold campaign.”

In 2016, the Pennys made a generous gift to fund a modern atrium space at William & Mary Law School. The space, called Penny Commons, is located inside the Hixon Center for Experiential Learning and Leadership. It is a meeting place for law students working in clinical areas, as well as a unique venue for events, dinners and receptions. The Pennys also have funded scholarships at both schools.

The Pennys regularly give of their time and talent to the university. Pam is a member of the Society of 1918 Steering Committee, an emeritus member of the Mason Accounting Programs Board, and recently joined the William & Mary Foundation Board. Jim currently chairs the Steering Committee for the Law School’s For the Bold Campaign and is a past president and emeritus trustee of the Marshall-Wythe School of Law Foundation.

“We want William & Mary to keep succeeding and growing by attracting highly-qualified students and faculty,” Pam noted. “We think W&M is a treasure for the country and the Commonwealth of Virginia. It has accomplished great things and we want this to continue, which is why we are investing in its future.”