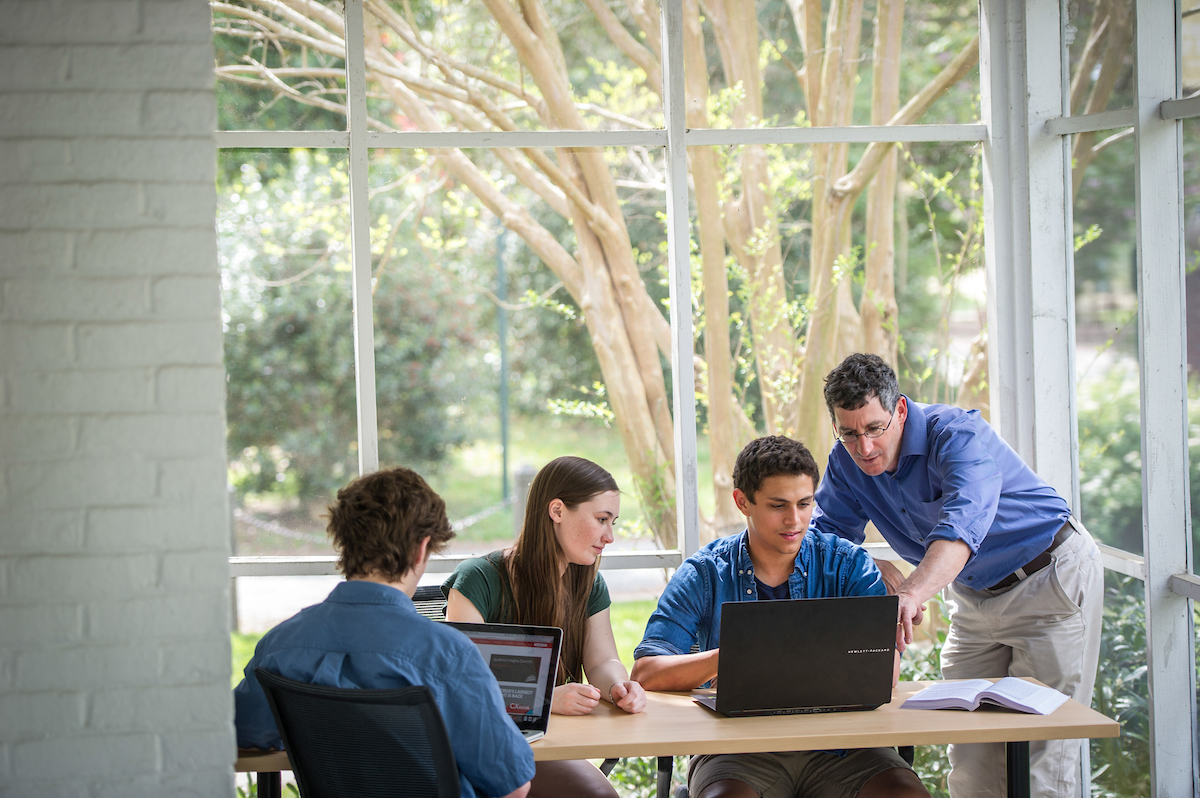 The threat of gun violence is built into Julia Gibson’s ’22 consciousness. From the Sept. 11 attacks when she was only a toddler, to the Virginia Tech shooting when she was 7, the threat has been a persistent possibility. When the Pittsburgh synagogue shooting occurred last fall she was an 18-year-old freshman at William & Mary and this time she had something to say.

Gibson, a 1693 Scholar, wrote an op-ed about her experience growing up in an era where mass shootings occur so often that some of her peers became numb to them by high school. She crafted the op-ed and, soon after, it was published in The Washington Post.

“I attended a Shabbat service with friends and the next day the synagogue shooting took place,” Gibson said. “I went to the Murray House, which houses the 1693 Scholars Program, and decided to write down what I was thinking — the Murrays made that possible.”

Gibson, from Richmond, Virginia, plans to study history, film and media studies. She is one of more than 60 W&M students who have benefited from the generosity of Jim Murray J.D. '74, LL.D. '00 and Bruce Murray since the couple established the scholars program in 2003. The Murrays recently expanded the program through a $1 million gift that will add an additional scholar to the program.

“This program is why I came to William & Mary,” said Hannah London ’21, an art history major from Washington, D.C. “I told my high school counselor if I could go to William & Mary affordably I would in a heartbeat. It all worked out thanks to my scholarship.”

The most competitive of W&M scholarships, the 1693 Scholarship is merit-based and currently awarded to eight students annually. The new gift from the Murrays will add a ninth student to the program’s freshman class in 2020. The scholarship is given to both in-state and out-of-state students and provides significant financial support for tuition, fees, room, board and a generous grant for undergraduate research projects.

The Murray House is another perk of the program. It was donated to the university by the Murrays to give scholars their own special environment on campus to study and have a dedicated shared-space with fellow scholars. Students don’t live in the house, but can cook meals and do their laundry while studying.

There are currently 30 students on campus who benefit from the 1693 Scholars Program. Students selected for the program rank in the top 1 percent of their graduating class and are often offered competitive packages from Ivy League colleges and universities. For many, the program was the deciding factor in choosing William & Mary.

Yorick Oden-Plants ’19, who grew up in Tucson, Arizona, selected William & Mary over Rice and Cornell because of his scholarship. For Oden-Plants and others, the impact of the Murrays’ generosity goes beyond financial support, it also includes strong mentorship from Program Director and Chancellor Professor of Biology Dan Cristol and the program’s Associate Director Kimberly Van Deusen.

“The mentorship of Dan has been very valuable to me,” Oden-Plants said. “I spent the first year and a half trying to figure out what I was going to do with my life. In almost any other scenario, it would have been impossible for me to decide on a major and graduate on time, but because of Dan’s assistance I was able to stay on track and self-design a course of study.”

Oden-Plants, an applied ecology major, graduates in May and plans to work as an environmental consultant.

“They know that over the span of four years I’m going to be asking them are you ready to study abroad, how are your grades, how is your research project going?” Cristol said. “That level of accountability is really important.”

The program originally supported only four students, but that number has increased over the years due to the continued generosity of the Murrays and other donors.

“We need a critical mass on campus,” said Cristol. “I want every professor to have had a 1693 Scholar in their class and to realize what great students they are. I want every student to have interacted in a club or a classroom with a 1693 Scholar and be inspired by them. You need enough students on campus to have that type of impact.”

While the number of program scholars may grow in the future, Elizabeth Sutterlin ’20 said the close-knit feel of the program, coupled with the one-on-one time students spend with Cristol and Van Deusen, has affirmed her decision to attend William & Mary.

“Having Dan and Kim here to advocate for us and to assist us in achieving what we want has been huge for me,” said Sutterlin, who grew up in Croton-on-Hudson, New York. “W&M is a great school overall for fostering student and faculty interaction, but I think the emphasis placed on this relationship by the 1693 Scholars Program is invaluable.”