"We have no idea what's going to happen tonight," laughed Joey Bland ’00. "It could be anything."

And with that, he and his four troupe mates launched into a dramatic tale of lovelorn protagonists, exotic locals, mysterious potions, mistaken identities, joyous double weddings — a Shakespearean comedy, completely made up on the spot. And it was all rip-roaringly, knee-slappingly, unbelievably hilarious.

This was a special performance of the comedy show "Improvised Shakespeare," as part of the William & Mary Weekend in Chicago. Joey Bland ’00, Brendan Dowling ’98, Greg Hess ’03 and Martin Wilson ’02 returned to Chicago for the Weekend to resume their roles in what Joey calls “either the smartest dumb show or the dumbest smart show.” Along with fellow troupe member Ric Walker, they put on a show to remember at the iO Theater for a crowd of alumni and friends.

"Theater, and specifically improv, are at the heart of Chicago’s arts and cultural scene," said Claire Rice ’98, executive director of Arts Alliance Illinois and a member of the W&M Weekend in Chicago committee. "When I saw my dear friends from college taking the language and themes of the bard and bringing them to new audiences — taking absurd suggestions and making sense and hilarity of them all at once — I realized once again how brilliant Shakespeare is, how brilliant Joey, Brendan, Martin, and Greg are to be able to create in this way, and how special William & Mary is as a generative place to foster this type of creativity."

In true Shakespearian fashion, the five men played all the roles, men's and women's — some taking on multiple parts, switching back and forth to hilarious effect. They (mostly) used Shakespearian language and iambic pentameter, although one of the funniest scenes involved a wheelwright giving a princess a pair of (imaginary) rollerskates she then used to glide about the stage.

In exclusive Q&A sessions before and after the show, the actors shared how William & Mary prepared them for their successful careers in comedy.

"William & Mary fostered a sense of community for us. That is where we saw how to complement and work with other people closely, how to collaborate and support their ideas," said Bland. "Chicago feels like a very natural progression for that. It's so community based and everybody’s been so friendly, it's a great follow-up to my very positive college experience."

Bland, Dowling, Hess and Wilson all participated in improv while at William & Mary, trying different things and exploring their "nerdy" sides. Audiences there were receptive to a show that required a little homework, and that gave them the confidence to take the show to Chicago after graduation.

"Alumni who graduated a few years before us would come back and tell us about how great Chicago was for improv," said Dowling. "William & Mary people were super helpful in guiding us into the improv world. Even now there are William & Mary people who come to Chicago every year to study improv, so it’s been fun, 20 years after my graduation, to meet people who are on similar pathways and answer any questions they have.

The show has been running since 2005, traveling all around the country, performing shows in New York and Los Angeles as well as Chicago. They've been positively reviewed by news outlets nationwide (including the New York Times, which called them "one of the most reliably clever and funny improv troupes in the country”). Thomas Middleditch, star of the HBO show "Silicon Valley" and Verizon commercials, got his start there, and in 2014, Sir Patrick Stewart was a guest star in one of their performances.

"The show I thought would last 3-6 weeks has lasted a dozen years. So it’s been a really cool thing that we’ve managed to make and keep going," said Bland.

Christina McClernon ’11 has seen Improvised Shakespeare eight times already but was back for more because "it's the funniest show ever," she said. "It really requires careful attention, because they call back to previous jokes and assume a base level of knowledge of Shakespeare."

"It's the best show in Chicago." 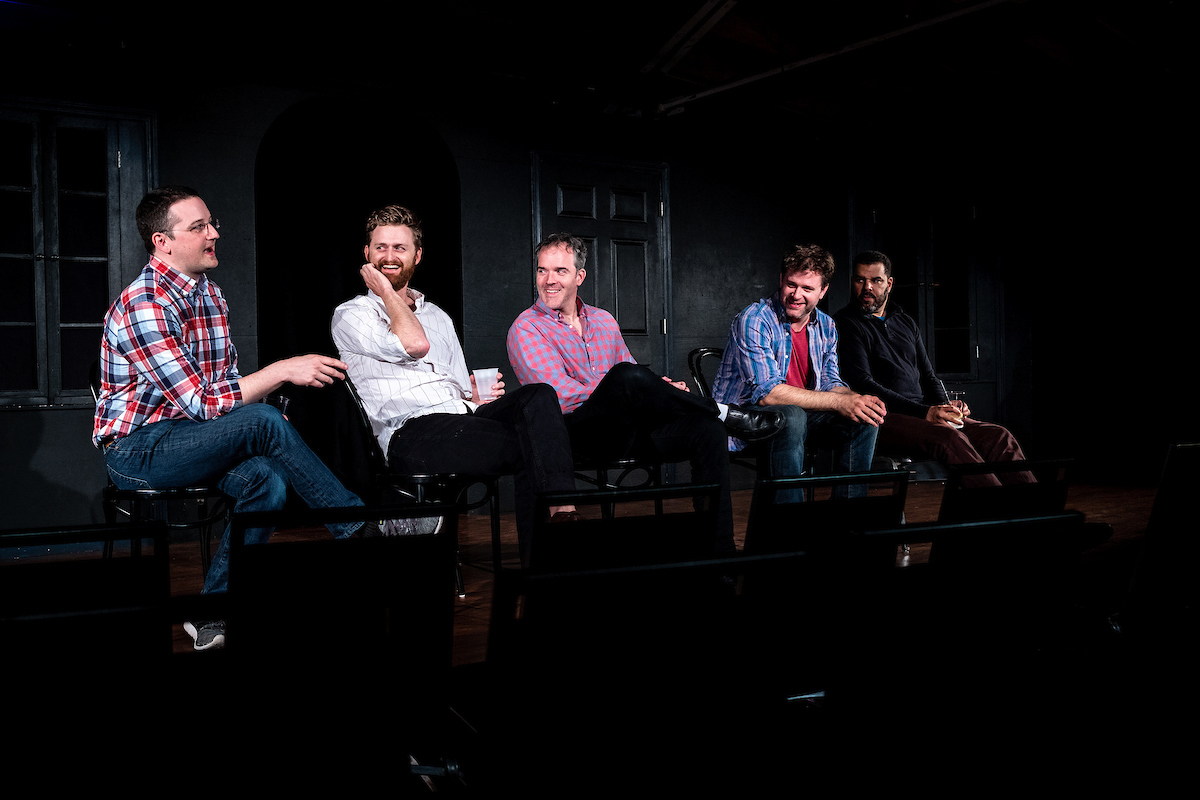