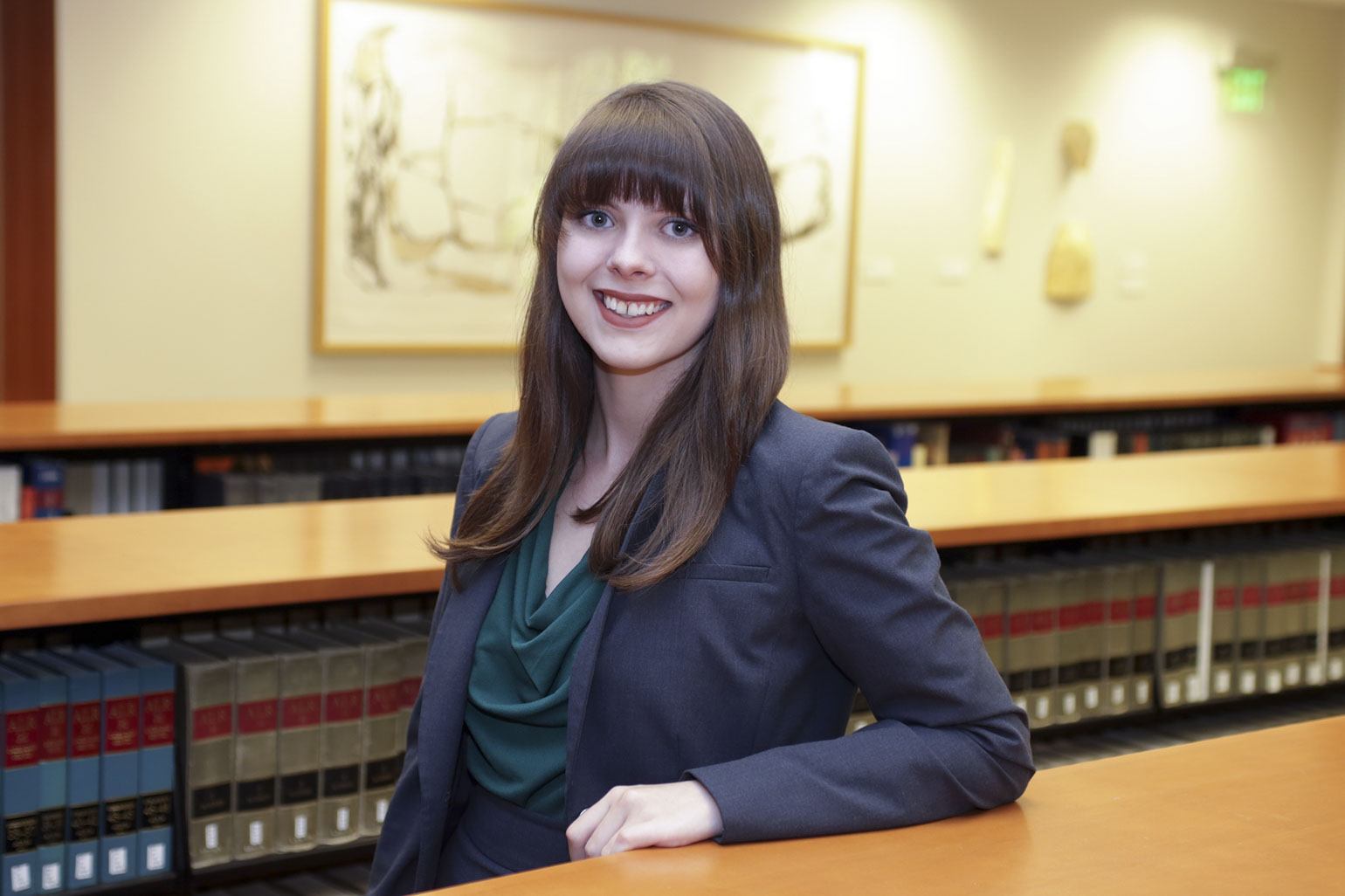 
William & Mary Law School has given Mary Catherine Amerine, a third-year law student, a strong commitment to her chosen field of intellectual property law. Amerine came to the law school with a goal to protect the rights of writers, artists and other creators.

Her passion for writing, coupled with her goal and success as a student has translated into benefits outside of the classroom. Earlier this year, she won the Virginia State Bar Intellectual Property Writing Competition and the American Intellectual Property Law Association’s Robert. C. Watson Award. Amerine also attended the 2017 Grammy Awards as one of four finalists in the Grammy Foundation’s Entertainment Law Initiative’s (ELI) writing competition.

This past summer when Amerine was working for the Harry Fox Agency, a music licensing agency on Wall Street in the heart of New York City, one of her supervisors encouraged her to apply to the Grammy Foundation’s Entertainment Law Initiative. Her paper on the de minimis exception in music sampling placed her among the finalists in the competition, resulting in a scholarship, publication in the ELI Tribute Journal, a trip to Los Angeles to receive the award at the ELI luncheon and a trip to the Grammys.

Throughout the weekend, Amerine and the other finalists enjoyed a whirlwind of luncheons, cocktail receptions and presentations. Amerine most enjoyed meeting attorneys whom she had cited in her papers, including Don Passman who wrote the book on music law, and gaining a behind-the-scenes perspective on the prestige and complexity of the Grammys.

“It was so much fun — a very surreal experience,” Amerine says of the weekend she spent in Los Angeles.

Amerine’s experiences haven’t been inevitable. Although she applied to law schools with a goal, the obstacle of tuition loomed overhead.

“When I was applying to law schools, I wanted to go, but I had made a bargain with myself and said ‘I’m not going to go if it’s going to get me into insane amounts of debt,’” Amerine says.

Amerine has appreciated interacting with professors who initially drew her to the law school — particularly those who have influenced her intellectual property thinking, like Dean Laura Heymann and Professor Sarah Rajec. The size of the law school creates a community atmosphere that she values, and the proximity of the law school to the main campus enables her to stroll along the Sunken Garden when she needs a study break.

“I’m really grateful that all of my experiences at W&M have been so wonderful,” Amerine says of the adventures on which her scholarship has taken her. “I’ve had a great time here. I’ve been able to focus on something that I love.”