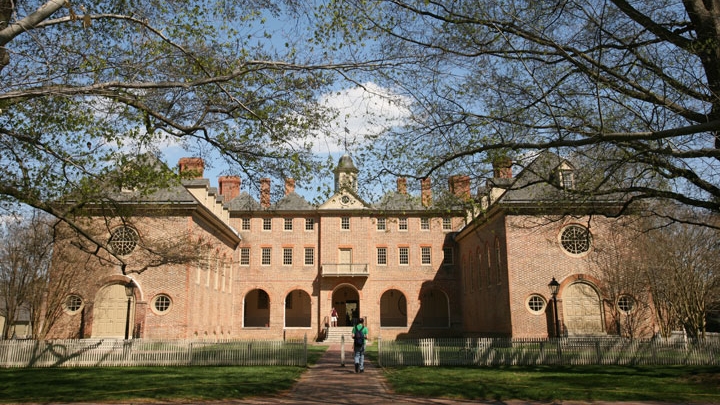 
William & Mary continues its impressive streak in alumni giving as the No. 1 nationally ranked public university in the U.S. for undergraduate alumni participation. Despite strong downward national trends, William & Mary keeps increasing alumni participation year after year and just set a new university record for alumni giving - 29.9 percent of undergraduate alumni, or 19,273 alumni, gave back to their alma mater in fiscal year (FY) 2017.

As William & Mary takes For the Bold on the road - from the East Coast to the West Coast and back - alumni, parents, students, faculty, staff and friends have played a vital role in advancing the campaign's overarching engagement and philanthropic goals and helped the university raise nearly $135 million in FY17. This is the university's second largest fundraising year ever, and the fifth consecutive year in which William & Mary has raised more than $100 million.

Since the start of the campaign, William & Mary has secured more than $712 million.

"We're rolling," said President Taylor Reveley. "It's been especially wonderful to see the William & Mary family come together to drive For the Bold forward. Together we're providing the means for W&M to sustain its excellence - indeed, to grow its excellence - for centuries to come."

The average alumni participation rate for other top-ranked public institutions is approximately 14 percent - about 15 percentage points below William & Mary.

Importantly, the university has nearly doubled the number of undergraduate alumni donors since For the Bold began in 2011, with young alumni increasingly leading the charge in giving back to their alma mater. In fact, young alumni who graduated within the last 10 years represented 26 percent of all undergraduate alumni donors in FY17. The Classes of 2016 and 2017 had the highest participation rates among all classes.

A key component to increasing alumni participation is the university's class ambassador program, which focuses on peer-to-peer engagement. Alumni representatives from the Classes of 1959 to 2017 participate in this program. This year alone, 884 class ambassadors engaged with nearly 10,000 classmates.

"We have doubled down on our efforts to engage with our alumni, parents and friends in new and innovative ways and our fundraising results speak to this," said Sue Hanna Gerdelman '76, For the Bold campaign chair. "The university is very focused on increasing annual gifts of all sizes - even small yearly donations together produce significant impact. In fact, gifts under $250 collectively added up to more than $3 million in FY17. We are all very proud of the success we have seen this year and will continue to build momentum for our ambitious campaign in the year ahead."

"We are putting enormous effort into advancing our Affording Opportunity scholarships initiative so that promising students are able to bring their diverse perspectives to our vibrant university community," said Matthew T. Lambert '99, vice president for university advancement. "Scholarships fuel our legacy of achievement and ensure William & Mary remains accessible to top students from all corners of the country so that they can pursue their passions without burden."

During the 2016-17 academic year, approximately 1,500 students received a scholarship to attend William & Mary thanks to the generosity of donors. The university plans to expand efforts to increase giving to the Scholarships Impact Fund, which provides unrestricted need-based scholarships support for undergraduates, over the course of the upcoming year.

William & Mary has also significantly boosted efforts to engage alumni, parents and friends all over the world. In FY17, the university held 450 events in over 40 cities around the globe. The William & Mary Alumni Association has enhanced its offerings by introducing new programming and creating more robust signature events such as William & Mary Weekend, which was held in New York City in May and attracted over 700 participants. The Alumni Association also continues to strengthen Homecoming & Reunion Weekend - which will take place Oct. 19-22, 2017 - in addition to adding new career and networking events, affinity-based engagement opportunities and other new initiatives.

"There is much to celebrate as we continue our efforts to strengthen alumni engagement, reach 40 percent alumni participation and raise $1 billion by 2020," added Gerdelman. "As an alumna, I couldn't be more thrilled to see so much progress being made across all three campaign goals and am very thankful to all of our ardent supporters over the last year."

For more information about how gifts of all sizes are making an impact on students, faculty and other areas on and off campus, please visit the For the Bold website.