William & Mary alumna Mary Maples Dunn ’54, Hon. L.H.D. ’89 passed away March 19 in Winston Salem, N.C., according to Dunn’s obituary published on Smith College’s website. She was 85. Dunn dedicated her life to education, serving as president of Smith College from 1985 to 1995.

After her undergraduate years at William & Mary, she earned both her master’s and doctoral degrees in history from Bryn Mawr College where she began her teaching career. Dunn became Bryn Mawr’s dean of the undergraduate college in 1978 and academic deputy to the college in 1981.

Dunn never forgot her roots at William & Mary and extended invitations to William & Mary faculty to attend Seven Sisters Colleges events. An early American historian, she served on both the Council and the Executive Board of the Omohundro Institute of Early American History & Culture, an independent research organization housed on the campus of William & Mary.

"I was deeply saddened to note the passing of Mary Maples Dunn, an extraordinary academic leader, colleague, and scholar,” said Karin Wulf, director of the Omohundro Institute and W&M professor of History. “Mary helped shape and lead so many important institutions. We have some wonderful memos from her time on the OI’s Council and Board. On a personal note, as a scholar of early American women and religion, she had an important influence on my own work and I always appreciated her generosity and wisdom. What wit, and what a great laugh. Our hearts are with Richard and their family."

Val Cushman, William & Mary’s director of alumnae initiatives who met Dunn at a Seven Sisters event, described her as possessed of a quick wit and an advocate of women everywhere.

Dunn brought the changing world to the Smith’s doorstep by introducing the school to email and the Internet and precipitating demographic change, according to her obituary. Dunn balanced the college’s budget with an eye toward social responsibility as she embraced South African divestment; she raised more than $300 million for the school. Her tenure also increased the desirability for admission and the introduction of diversity offices and programs.

After stepping down from Smith’s presidency, she directed the Schlesinger Library on the History of Women in America. In 1999, Dunn spearheaded the full integration of Harvard’s Radcliffe College, its women’s college founded in 1879, into the greater institution. Today, Radcliffe College is now known as the Radcliffe Institute for Advanced Study and offers fellowships for artists and scholars and houses the Schlesinger Library. With her husband, she also served as co-executive officer of the American Philosophical Society until retiring. 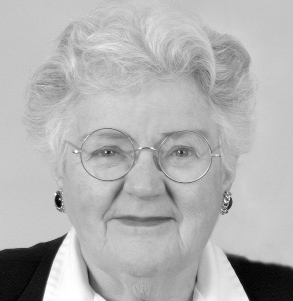