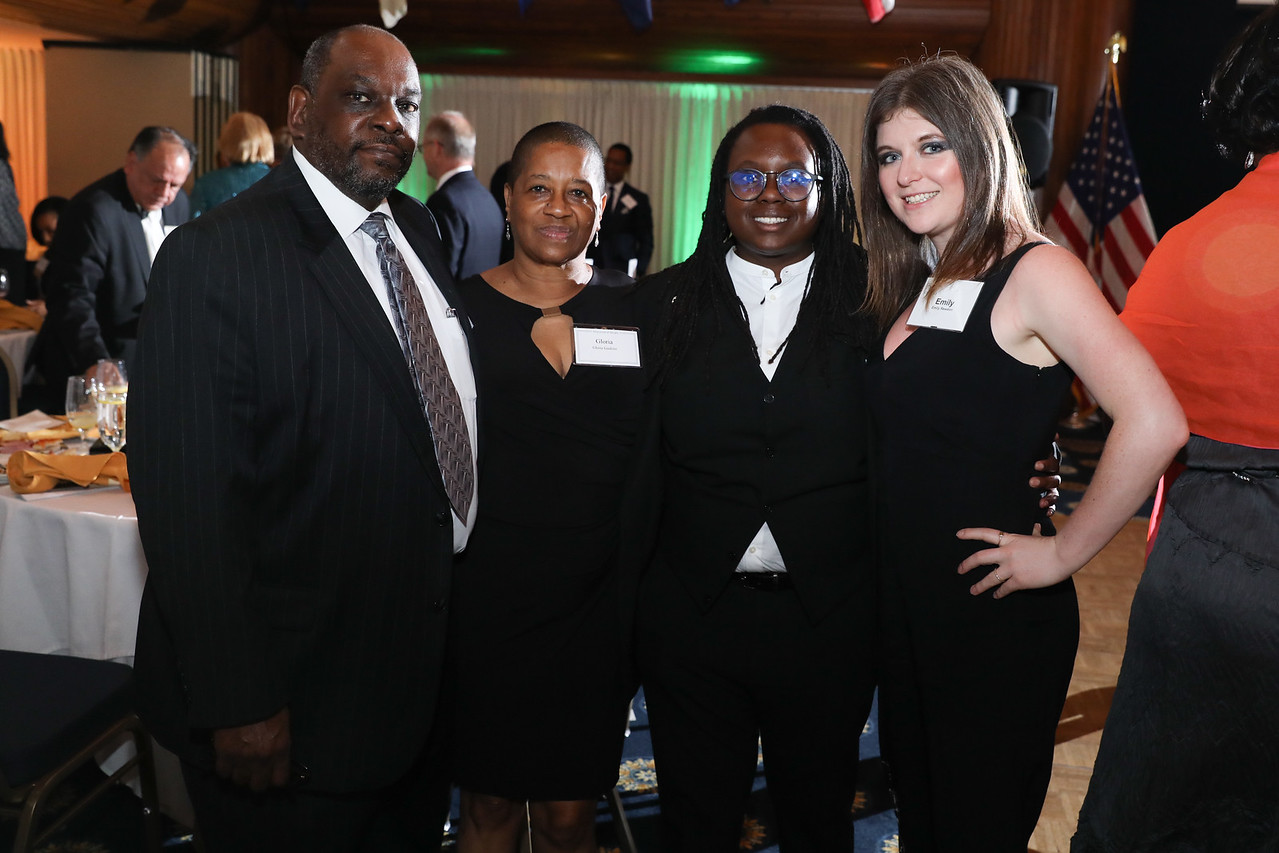 Close to 200 members of the Hulon Willis Association (HWA), William & Mary Alumni Association’s African-American affinity group, gathered in Washington, D.C., June 23-25 to celebrate its 25th anniversary. Alumni connected with new friends, reconnected with old and joined together to commemorate the achievements over the last quarter century. The momentous occasion also allowed participants to get a glimpse of what’s in store for HWA members in the next 25 years and beyond.

One Tribe One Mic

The weekend kicked off in style at One Tribe One Mic at Busboys and Poets, where our star-studded lineup of student and alumni performers brought down the house! Our emcee Ric Lampkins ’14 kept the energy high as Dan White ’99 showed off his comedic chops honed in the comedy clubs of Los Angeles and Christopher Richardson ’13 left the audience in awe from his dramatic poetry readings. Sidney Walker ’20 and DeLauren Davis ’18 showcased their talent in an original choreopoem. Mica Willis ’13, granddaughter of Hulon Willis Sr. ’56, delivered a keynote toast rejoicing in alumni advocacy, mentoring and support. Following her toast, guests were given an opportunity to make their own toasts to HWA before Russell Taylor ’96 took the stage for a musical performance that will go down in Busboys and Poets lore. The audience reaction to the event was clear: the bar for the weekend was set very high.

The anniversary weekend also included a panel discussion titled Hulon Willis in the World, William & Mary’s Chief Diversity Officer Chon Glover M.Ed. ’99, Ed.D. ’06, featuring alumni Viola Baskerville ’73, Rita Sampson ’89, Jane Carpenter-Rock ’92 and Brian Woolfolk JD ’97. The panelists, who were united in their work in politics and the public sector at the state, federal and international levels, spoke at length on the power of inclusion and belonging — and demanding a seat at the table. It was a powerful panel with a Q&A session that could have gone on for hours, but guests nevertheless had to move on in time to enjoy an afternoon of African-American history at the National Museum of African American History and Culture.

The National Press Club Ballroom provided the backdrop for the weekend’s main event: The HWA 25th Anniversary Gala. Prior to the program, guests were treated to an exhibition of primary sources documenting integration at William & Mary entitled “The Inevitable Present,” which set the tone for the evening’s array of keynote speakers. The program, emceed by Hilary Grant Dixon ’00, began with the son of the association’s namesake, Hulon Willis Jr. ’77.

Hulon reflected on the experiences of his father, his sister and himself at William & Mary, before turning to the more recent past of the founding of HWA and the time spent at the university by his daughter, Mica. William & Mary has changed and grown in many ways since 1951 when his father arrived on campus, and that was no more evident than when Danielle Greene ’12 took to the stage to speak about her experience at William & Mary, and the “small but mighty” community she came to know and love.

Finally, the legendary Joanne Braxton, Ph.D., delivered the final speech of the weekend. Braxton, a professor at William & Mary since 1980, has seen the university change and has been a part of positive and powerful transformation. She spoke of legacy – of Hulon Willis Sr., of HWA, of Dean Carroll Hardy – and of honoring those who made the modern William & Mary experience what it is today simply by coming before hundreds of other W&M students. And then, after taking a moment to let the gravity of the evening sink in, the Hulon Willis Association danced the night away courtesy of the musical stylings of DJ Roadrunner KC Malone ’15.

Sunday morning, HWA gathered for a presidential search listening forum held by Brian Woolfolk J.D. ’97 in order to provide input on the search for the next William & Mary president. Alumni then closed out the weekend with a very “D.C.” event: brunch at Jose Andres’ Oyamel Cocina Mexicana.

Overall, it was a weekend few will ever forget. Throughout the three days, all in attendance shared in the theme of community and supporting one another and the institution we all share in common. Though each alumnus had a different experience at William & Mary, they were each united by a love for alma mater, and a desire to forge ahead to improve it for the next generation. Given the energy felt by those reluctantly departing at the conclusion of the weekend, one can expect many great things to continue to come from the Hulon Willis Association for the next 25 years and more. 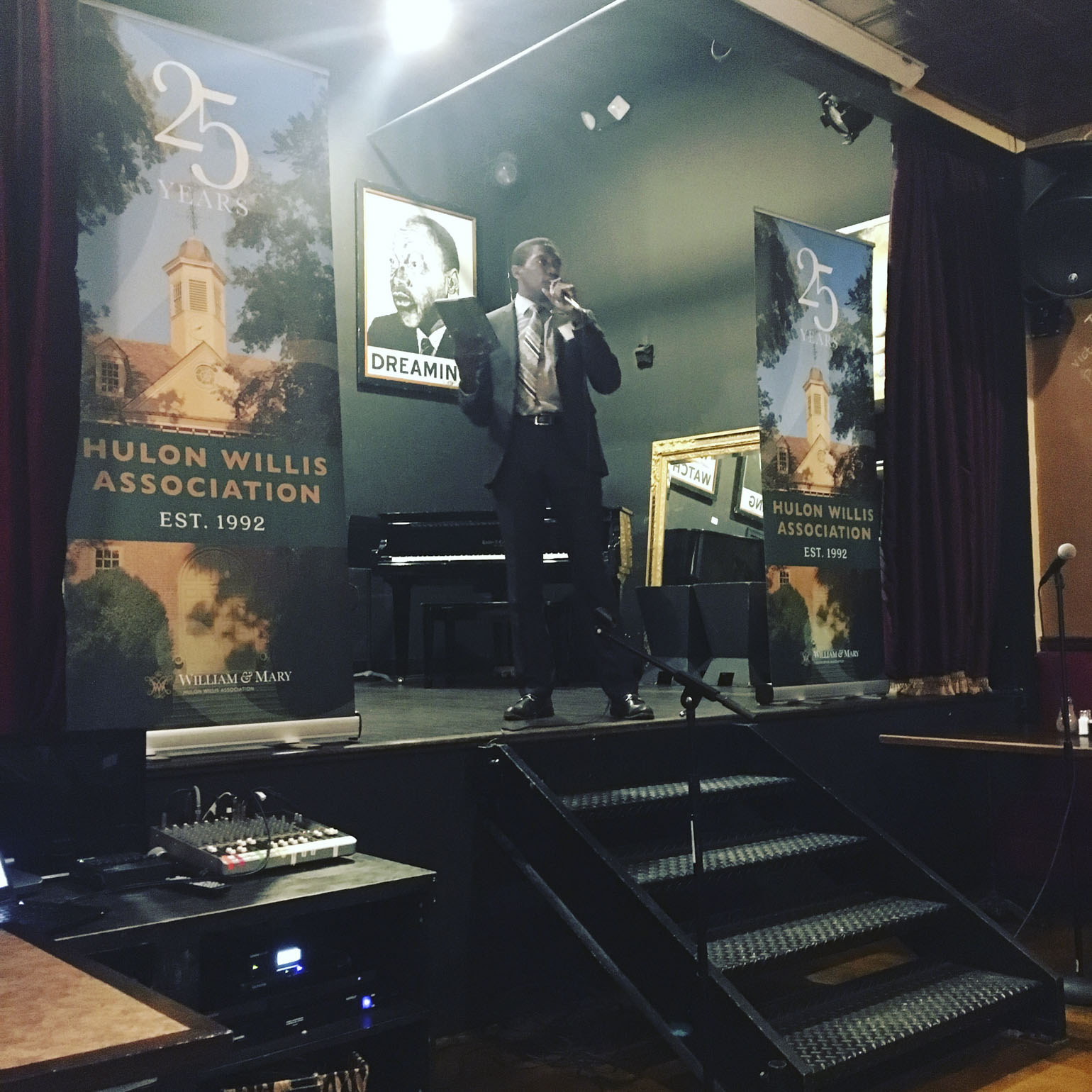