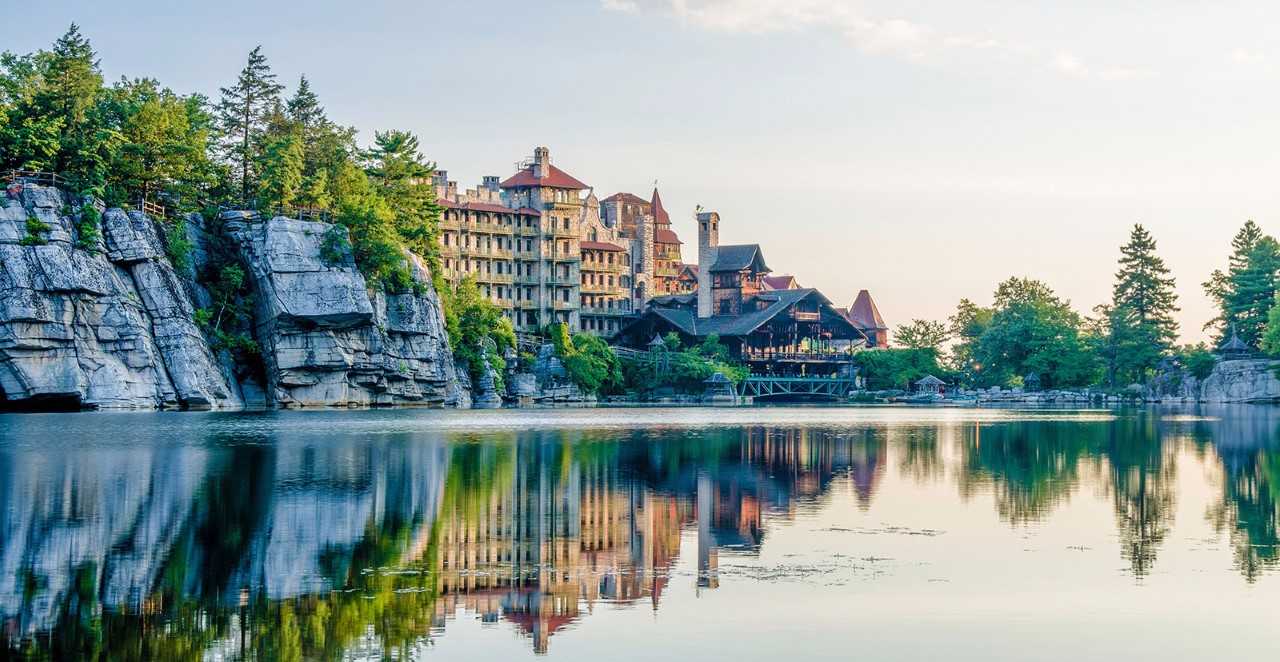 As William & Mary engages in a year of special events and activities commemorating 100 years of co-education, we invite you to join us June 11-16, 2018 on a special trip to the Hudson River Valley to be immersed in the beauty and history of this place that has shaped so many extraordinary women. The trip will be led by Dr. Jennifer Putzi, W&M professor and scholar of American literature and gender studies.

One hundred years ago, in the spring of 1917, the United States entered World War I. For Eleanor Roosevelt, wife of the Assistant Secretary of the Navy and future president Franklin Delano Roosevelt, the declaration of war allowed her to re-enter a public world that she had desperately missed while giving birth to and raising her five children. She threw herself into war work, helping organize the Navy Red Cross, volunteering with the Red Cross canteen in Washington, D.C. and visiting wounded sailors in the hospital. These experiences were formative, giving her confidence in herself and her organizational skills.

It would be several years before Roosevelt began picnicking on the east bank of the Fall-Kill creek in Duchess County, New York, and many more before she entertained friends, family and political associates in Val-Kill, the Dutch Colonial cottage she had built in the same spot. But her life was rooted in the Hudson River Valley and she could trace her family's presence there back to the late 17th century. When she moved permanently to Val-Kill after the death of her husband in 1945, she began some of the most important work of her life, working to found UNICEF, chairing the Human Rights Commission and helping to edit the Universal Declaration of Human Rights. For Roosevelt, her sense of purpose and peace was always tied to her home inthe Hudson River Valley. "Val-Kill is where I used to find myself and grow," she explained. "At Val-Kill I emerged as an individual."

I have long been fascinated by Eleanor Roosevelt and I've pored over Blanche Wiesen Cook's wonderful three-volume biography of the former first lady. I've always found myself wondering what the estates of the Hudson River Valley look like and what it would feel like to be Eleanor Roosevelt, raised in this rarefied atmosphere while always wanting to see what she could do with and for herself in the wider world. How lovely it was, I thought, that Val-Kill provided her with both a return to her Hudson Valley home and a place to be herself-to enjoy her time with intimate female friends, to write and to plan ways to change the world.

I've learned even more about Val-Kill and its place in her life from reading Emily Herring Wilson's recent book, "The Three Graces of Val-Kill: Eleanor Roosevelt, Marion Dickerman, and Nancy Cook in the Place They Made Their Own." Wilson calls Val-Kill "a bold experiment" in female friendship, placing it at the center of Roosevelt's progressive politics.

For me, then, Val-Kill looms large in my imagination as I think about our Hudson River Valley tour next June. I'm also thrilled to visit Steepletop, the home of Edna St. Vincent Millay, and to stay at the Mohonk Mountain House, a luxury resort. The gardens, the food, the wine-there is so much more I'm looking forward to experiencing.

Finally, it is important to me that our trip will also document the lives of women who didn't leave the kind of mark on the architecture and landscape of the region available to Roosevelt, Millay and Beatrix Farrand, the gifted architect and landscape designer. Sojourner Truth, for example, spent the first 30 years of her life as an enslaved woman in Ulster County, New York. Two hundred years ago, in 1817, the state of New York passed a law that slaves born before July 4, 1799 would be freed on July 4, 1827.

Born in 1797, Truth should have been one of the lucky ones, but by 1826, she realized that her owner did not intend to free her. She ran away with her infant daughter, leaving behind her husband and five children. Her fugitive status did not stop her from seeking assistance to fight the illegal sale of her son to a slaveowner in Alabama. Soon after being reunited with her son, Truth moved to New York City, where she would go on to become an activist for abolition and women's rights.

There are many more of these "hidden figures" in the Hudson River Valley region, including Mary Jemison, born aboard the ship William & Mary during her parents' journey across the Atlantic. She was taken captive during the French and Indian War and adopted by the Seneca living in what is now Livingston County.

As we, William & Mary alumni, family and friends travel the Hudson River Valley, I can't wait to tell you more amazing stories.

To learn more and register for this trip, visit the Alumni Journeys webpage.