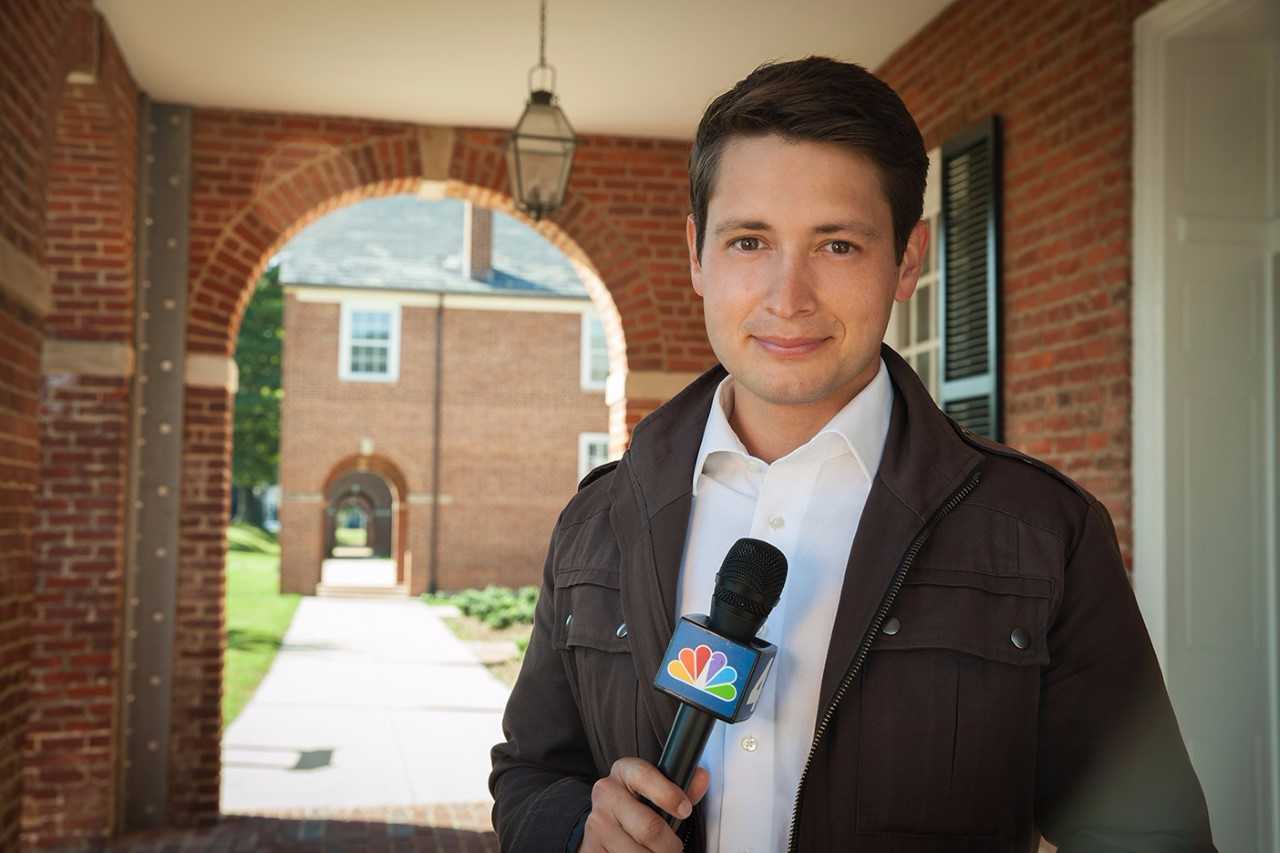 
At this year's Homecoming Parade, you may hear a familiar voice: that of David Culver '09, anchor of the Saturday edition of NBC News4 Today and a reporter with News4's Northern Virginia Bureau. He will be not only narrating the parade for the live audience but also chairing the livestream of the parade.

This will be Culver's first Homecoming & Reunion Weekend since he graduated in 2009. He is excited to return to campus to reconnect with the professors who meant so much to him while he was here, and he's kept in touch with many of them. He is also looking forward to meeting the next generation of William & Mary students and seeing campus through their eyes.

Culver grew up in Fairfax County, and while he wanted to attend a university in Virginia, he wasn't sure about William & Mary at first.

"Something about the campus culture won me over," he said.

He was a Hispanic Studies major with a Middle East minor, but the opportunities he had as a student at W&M put him on the path to a successful career.

"There's a path to journalism not paved through studying journalism," he said. "I've always been fascinated by storytelling and I used that in my major and minor."

He interned at NBC in Washington, D.C. during the summers, building relationships in the field. While studying aboard in Spain, he launched a blog that was promoted on air and on NBC's website. These experiences helped him land a job at Norfolk's WAVY TV10 and then NBC News4.

Now, Culver will lend his talents to the Homecoming Parade, Friday, Oct. 20, beginning at 4:30 p.m. He and his co-host, William & Mary Alumni Association board member Kay Floyd '05, will bring Tribe Pride and their dulcet tones to what will surely be a parade to remember.