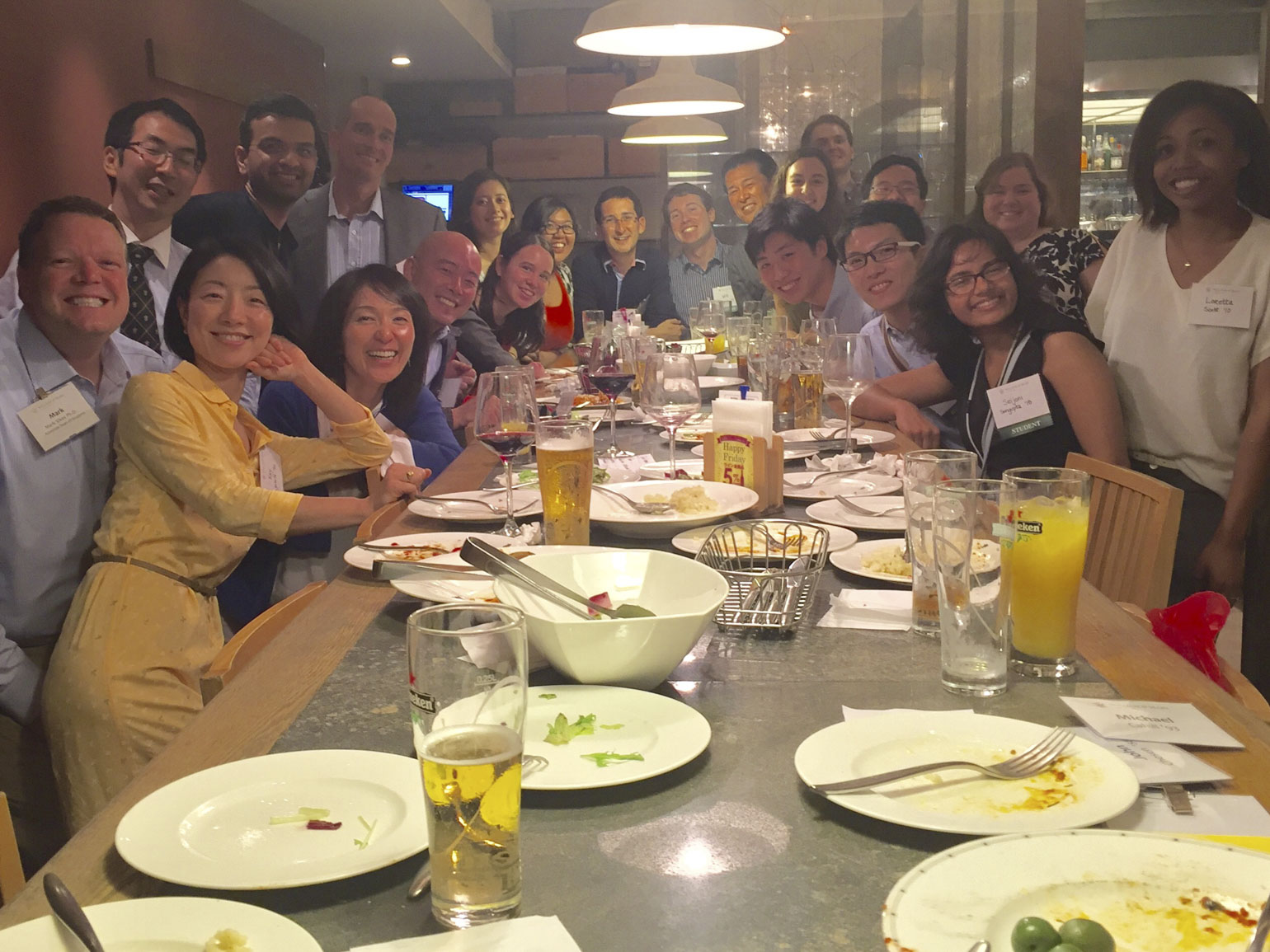 As with children, it is never a good idea to choose favorites, but if I had to choose my favorite #wminasia reception, I would pick our time in Tokyo. With many thanks to Ben Pratt ’95 for hosting 25 alumni and current students gathered for an informal evening filled with wine, laughter and networking.

We went around the table and had each attendee introduce themselves. Everyone had an opportunity to better know an awesome group of Tribe members in Tokyo, including the following alumni:

At the end of the evening, the alumni helped us find a taxi, gave them directions and then lined up and bowed to us as we pulled away. It made the night even more special. Tokyo Tribe – we love you!