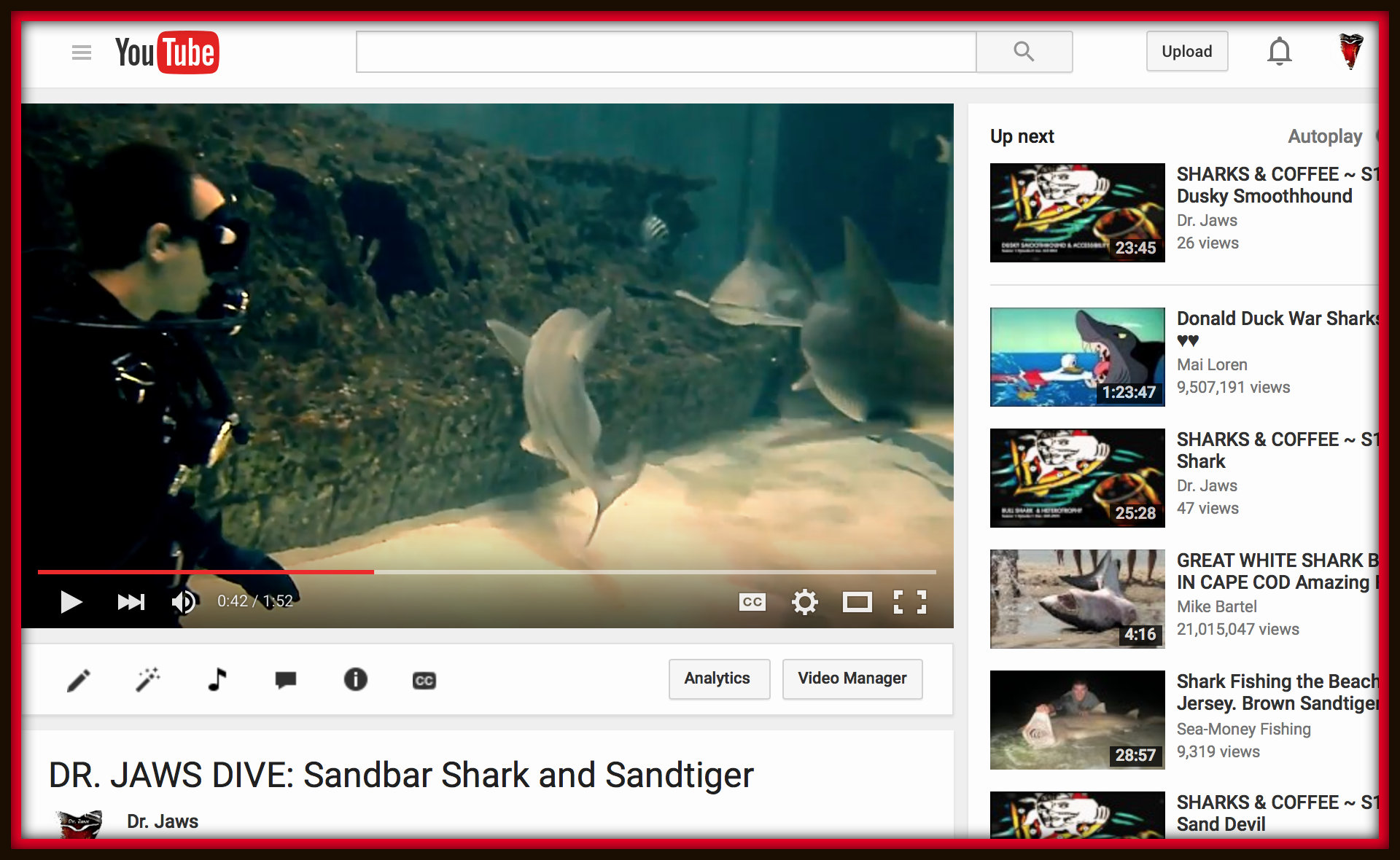 Zach Nicholls ’14, now known as Dr. Jaws, came to William & Mary expecting to major in biology and minor in marine science, hoping to “play with charismatic megafauna.” More specifically, he wanted to swim with sharks. During his time in college, he worked on the oldest shark survey in the U.S. “I found it dedicated to quantifying things, which definitely has value, but I was not spending time understanding the animal. A shark isn’t going to act in a relaxed, natural way in that research setting.”

Having spent some time writing poetry and making films in high school, he decided to combine his mega-love of megafauna with his creative talent. “I have a scientific bend, but also an artistic side,” Nicholls said. “I like to poeticize science because the language of science can be quite dry, regardless of its subject’s gravity.”

In a culture of “Jaws,” “Shark Week,” and news broadcasts reporting the most recent shark attacks, the avid SCUBA diver, biologist and shark enthusiast uses his art, books, videos and social media to reinvent the idea of sharks. He hosts a program called “Sharks and Coffee” in which he hopes to give sharks a better name by sharing thoughts about them over his morning cup of joe. “Sharks are often boxed into a single cultural role,” Nicholls said. “I’m not an authority; I just want to bridge the gap between science and art, and carve new cultural images.”

One way he does this is by providing teachers and publications with succinct and easily accessible resources. While doing some research, Nicholls was not able to locate an adequate list of sharks native to the Virginia coast. “I just wanted a simple little shark list. No one had synced that information up yet, so I took it upon myself to do that.” Lots of research and 54 species later, his “little shark list” became a free resource to Henrico, Va., and Chantilly, Va., schoolteachers, as well as a few publications. They found Nicholls’ tool invaluable, and it came at no price to them. “I don’t believe in charging for information. That list was something I’d always wanted and never had, so naturally I wanted to share it with people.”

Acting under the pseudonym Dr. Jaws, Nicholls serves as a kind of messenger, the bridge between science and the public. He hopes that Dr. Jaws can grow into a title that can be passed on. “I want to create a legacy and have it grow into something sustainable,” he said. 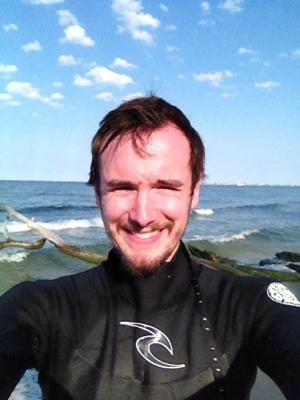 Serving as Dr. Jaws, he spends some time in the water now, but while at the College, he used to Swem with sharks far more than he swam with them. Pun intended. He spent countless hours at Swem Library developing his ideas and the content for his work, hoping that publishers and collaborators would agree to work with him. Nicholls says that the Swem resources were very much appreciated. “They connected me with a lot of different outfits. That’s not a standard; not many libraries have a quality studio and media center right there like Swem.” With such tools available, Nicholls encourages students to appreciate them. “People should be thankful for the College environment. It’s a huge opportunity to make a leap into a career, and there are wonderful resources available there.”

Along with the extensive resources available at W&M, fellow Tribe members have served Nicholls’ project as reliable partners. “The alumni network itself has been a huge resource for marketing, but also collaboration.” Caitlin Kight M.S. ’05, Ph.D. ’10 has worked with Nicholls on expanding his project in press across the pond. Kight manages Current Conservation and the “Wild Side,” a radio show on which she gave Nicholls and his many projects some well-deserved attention.

Other partners from the College includ Erin Rose ’14, whom Nicholls calls “a star on the rise” and has been helpful in marketing his work. In this way, fellow W&M alumni are as much linked to the origin of “Dr. Jaws” as the project is tied with William & Mary itself.