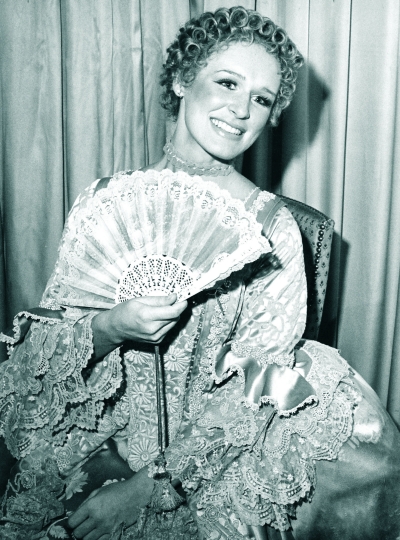 Tonight at the Gershwin Theatre, the Theater Hall of Fame will be inducting eight members of the Broadway theater community, including Glenn Close '74, D.A. '89.

Six-time Oscar nominee Glenn Close is also a three-time Tony winner for her performances in "The Real Thing," "Death and the Maiden" and "Sunset Boulevard." She recently revisited her role as Norma Desmond in a semi-staged concert production of "Sunset Boulevard" in London; she will return to Broadway in a revival of that Andrew Lloyd Webber musical later this season. The 16-week engagement of the production is slated to begin performances Feb. 2 at the Palace Theatre, with opening night scheduled for Feb. 9.

Founded in 1971, the Theater Hall of Fame annually honors lifetime achievement in American theater. To be considered for the ballot, the theater professional must have 25 years on Broadway and five major production credits, or be an Off-Broadway or regional theater founder or pioneer. The voters are United States theater critics and drama editors.