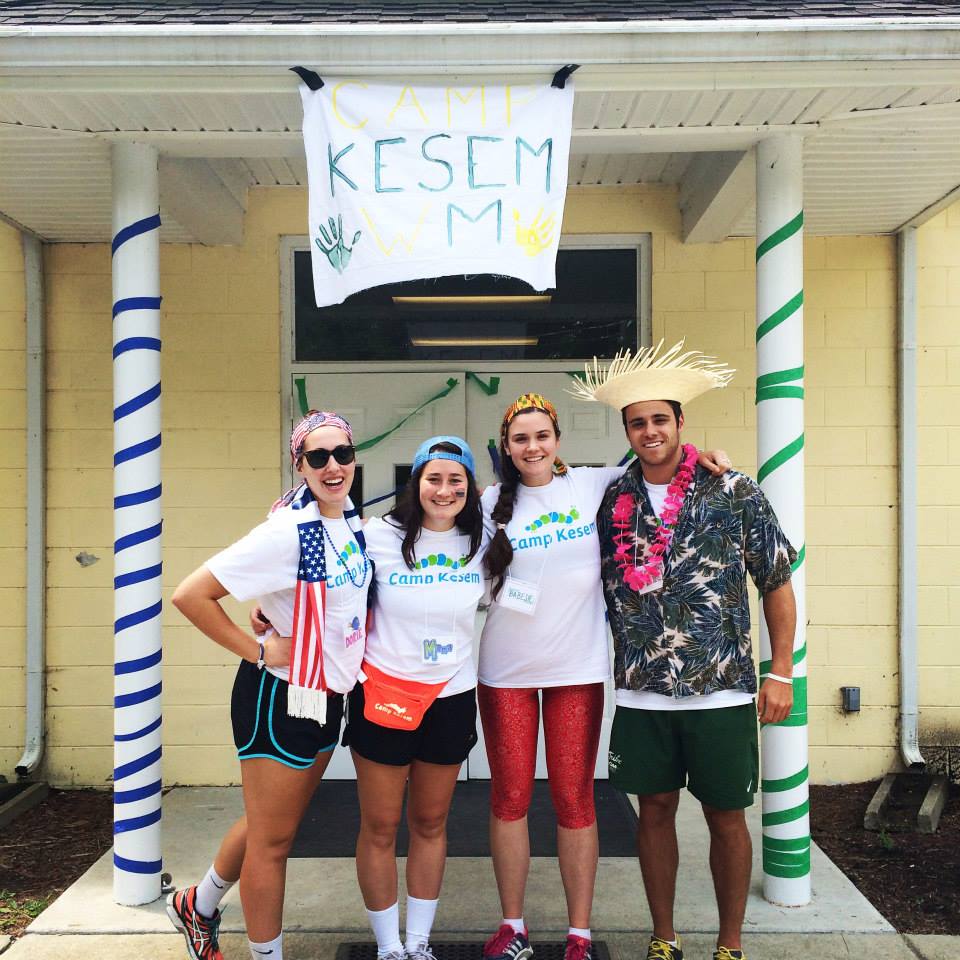 
What’s in a (nick) name? At Camp Kesem, nicknames are an essential part of the culture. Friends, colleagues and Camp Kesem campers refer to counselor Hannah Zarnich ’18 as Skittles. “I’d just opened a care package my mom had sent me full of Skittles, so the name stuck,” Zarnich says.

Camp Kesem operates free summer camps for children who have been touched by a parent’s cancer. Founded at Stanford University in 2000, Camp Kesem has since expanded to over 70 chapters in 34 states across the country. A member of William & Mary’s camp chapter executive board, Zarnich says that for campers, nicknames are a chance to escape from the real world and be a kid. Having the chance to enjoy childhood again, interact with kids their own age, and build understanding through a network of peers are some of the many reasons campers — and their parents — love the week they spend at Camp Kesem.

Marge Lobeck ’15 responds to Mama, and though she has no kids of her own, she has played an integral role in the development of hundreds of children in her role as a founding member of the William & Mary chapter of Camp Kesem. Lobeck, along with Casey “Starfish” Douma ’16 and Kendall “Pipsqueak” VanHoose ’16, led the charge in 2013 to acquire a grant to start a program at William & Mary. Once they were awarded the grant, they began to plan camp starting the summer of 2014. Lobeck now works for the national organization, coordinating nine of the 74 Camp Kesem chapters at colleges nationwide, including W&M’s. Her comrades saw it coming, too: “I went to our national leadership summit in Detroit while I was still an undergrad,” Lobeck says. “My friends looked at me and said, ‘You’re going to do that one day.’”

William & Mary’s Camp Kesem has come a long way since its start in 2014, including outgrowing their original campsite. Zarnich says the group’s goal for this year is to raise $75,000 to sponsor additional campers off the waitlist. 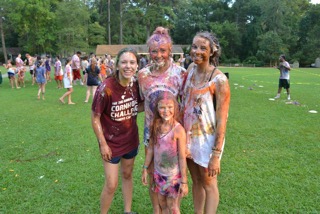 
With ambitious goals, Camp Kesem requires serious leaders who can remain flexible through challenge. “We aim to empower student leaders and lead campers,” VanHoose says. Fundraising efforts help students engage the local community and gain real-world experience requesting money from businesses, as well as larger organizations. But don’t worry — it’s not all work and no play. At the end of the day, Camp Kesem members also have to be able to act as camp counselors, too. In a few words, this means having the ability to be responsible for children’s safety while remaining spontaneous enough to do improv on stage. Having helped select W&M students who fit the bill to be extraordinary counselors, Douma says, “Camp is something you can learn, and learning camp can be easy.” She believes in the power of the TWAMP, but lists a few caveats: “If you go to William & Mary, you can do camp. Well, if you love kids. And you can handle being silly on stage.” Douma claims Camp Kesem was one of the best spontaneous decisions she ever made.

Lobeck thinks of camp as having an elusive magic. “There’s something so special about the community of people camp brings together,” she says. A beloved tradition and favorite memory of many is the Empowerment Ceremony. “It’s the first time we all sit down as an entire camp just to talk with each other,” Douma says. “I think it’s really powerful. Last year, there was this moment where the campers were really there for each other, walking across the circle to comfort kids who were struggling. I love watching the campers make those connections.”

“The ceremony is an amazing opportunity to build trust,” VanHoose says. “We have the kids use a talking stick to discuss their experience. It’s really incredible to see the bonds that are formed over the course of a week.” 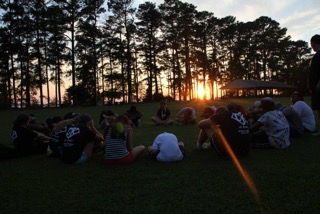 The Empowerment Ceremony is a time for campers and counselors alike to reflect on their time spent at camp.


In addition to the extraordinary ties of friendship, part of what makes Camp Kesem so unique is its affordability: the camp is offered at no charge to campers or their families. Zarnich acts as the Make the Magic chair and is in charge of fundraising efforts to include more kids off the waitlist. Part of making the magic this year will be the Camp Kesem Fundraising Gala, held on Saturday, April 23 from 6:30-9 p.m. at the Raymond A. Mason School of Business. The event will feature a catered dinner and live entertainment. One hundred donors and guests will have the opportunity to hear Camp Kesem campers and parents speak on their camp experience and how it has shaped their lives. The link to purchase tickets (or donate in lieu of attending) can be found here.

If you would like to help provide a free and fun-filled week of camp for kids, tickets for the fundraising gala are on sale now. If you are interested to learn more about Camp Kesem, its executive board or its fundraising efforts, contact Hannah “Skittles” Zarnich at hezarnich@email.wm.edu.