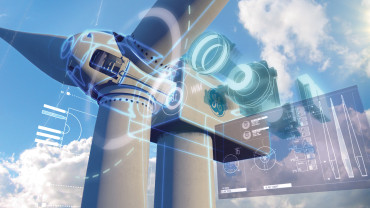 
To walk the streets of modern New York City is to know something about Athens or Rome, Constantinople in their gilded heydays. If you look hard, you can find the remnants: a domed ceiling replete with stars and a statue of the wing-helmeted Mercury holding sentinel — the god of commerce and transportation, the art of the swindle and the art of letters. Like the fleet-footed marble god, the city that never sleeps is a cultural Rorschach, heralded by many and reviled by some. Home to Broadway and Wall Street, boardrooms and street food, NYC prides itself on being a beacon to the free world and a hub for many of its brightest leaders. Flocks of tour guides with photos of skyscrapers obstruct the view, promising to take you to the top.

But you wave them off. You know where you’re going.

From Grand Central, it’s a short hike up the blocks to Rockefeller Center, home to Radio City Music Hall and its high-kicking Rockettes. It’s where tourists go to explore storied television studios and where young children and old lovers go to skate slick orbits in winter beneath a statue of Prometheus and a Norway spruce shooting up a hundred feet into the air. And it is where Beth Comstock ’82, vice chair of General Electric, came to hone the craft of marketing after stints with CBS and Turner Broadcasting, ascending quickly to the role of president of integrated media at NBC Universal before GE sold off its majority share to Comcast (or “Kabletown,” if “30 Rock”’s Liz Lemon is to be believed). Perennially ranked as one of the top 50 “Most Powerful Women in the World” by Forbes, Comstock is the first woman to serve as vice chair in General Electric’s 124-year history. When you achieve a first within a company that started with Edison’s light bulb, suffice it to say, you’ve done something.

Comstock oversees GE Business Innovations and sums up the far-reaching company best. “We’re sort of at the intersection of industrial and digital and where the world’s going there,” she says. “We’re about infrastructure, advanced technology. My company’s about making healthcare more accessible, it’s about new forms of energy, it’s about taking people to places safely, and it’s about being an engine of progress for the world. Most of the people who work at GE are very mission-based. They want to be part of saving lives and improving health care. They love the quest of flight in the aviation business, and they’re passionate about energy and getting access to energy in parts of the world where they don’t have electricity. Those kinds of things that, I think, keep people excited.”

In a recent showcase of advanced engineering, GE innovators traveled to an old foundry to submerge a snowball into 2,000-degree molten metal, challenging the old idiom about having a “snowball’s chance in hell.” With the help of a GE-designed case, the snowball survived, ascending from the metal ice-cold. But of course GE’s innovations have real-world applications that go well beyond tongue-in-cheek tinkering.

“I think this idea of what it means to be a digital industrial company is very exciting,” Comstock says. “In bringing the Internet to industry, we have the ability to connect every piece of machinery — a jet engine, a wind turbine. But why would you want to do that? Because over time you can start to predict when things are going to happen and make companies more efficient. Machines aren’t going to have to stop for maintenance before they’re ready. Planes will keep flying when they don’t need to be serviced. And on the other side, if something’s going to go wrong, you’re going to be able to predict it before it happens.”

Comstock’s position in business is a tall order for anyone, much less a self-described “small-town Virginia girl” who came to William & Mary as a biology major — a field far removed from international commerce. “I never expected biology to play out in my marketing and business career,” she says, “but biology’s taught me a lot about ecosystems and the way the world collaborates. For any system to work well, each thing has to have its role, and one depends on the other. It’s good to be reminded of that in business. As I go forward, I find the classes I had in anthropology to be incredibly relevant in business. I wish I’d had more philosophy as we’re living in a society filled with new data challenges and unintended consequences of new data. I’m finding those historical and philosophical insights would probably give you a framework at least to think about how similar issues were handled in the past.” In truth, Comstock is the sort of person you can imagine deciphering Plato while taking a power walk through Central Park. She is the epitome of smart leadership, a quality that seems to evolve like any other body in motion.

“Often we forget that leadership is about people,” Comstock says. “The idea of managing people? That notion’s going away. It’s about people coming together, collaborating with a shared sense of purpose, treating people how you would like to be treated, understanding that there has to be a compass to the work that you’re doing.” Altruism, of course, perplexed Darwin. It would take years for scientists to correlate “survival of the fittest” with evolutionary advantage, the benefits of a collaborative unselfishness as seen within a group. Altruistic leadership seems to come to Comstock naturally.

“I love trying to crack the riddle of what’s potentially a disruptor, or a new force that we can use to make how we work better. There’s always a new model to understanding what’s next. That’s what’s kept me going forward in this area. I love the discovery of it. Sometimes I secretly wish I’d have been an anthropologist,” she says. “And maybe in some ways I’ve gotten to do that through marketing, which is really about the study of behavior.”


Read about Yancy Strickler ’00 and his innovations next week in "Bright Lights, big apple Part II."