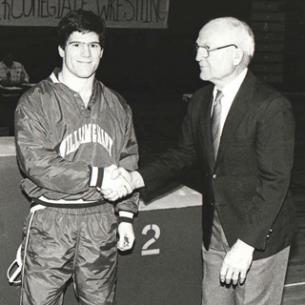 At William & Mary, Mark McLaughlin ’88 set school records for most and fastest pins in a single season.


Earlier this month, Mark McLaughlin ’88 was honored by the NCAA by being featured on their website, NCAA After the Game, which celebrates the success of former NCAA athletes after college.

Read more to see how McLaughlin's experiences as a college wrestler at William & Mary helped him become a world-renown neurosurgeon.