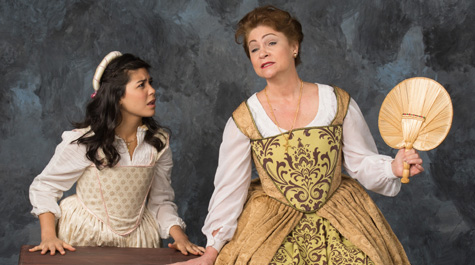 Brittany Liu '16 won the coveted role of Juliet over more than 40 other performers from New York, Houston, Williamsburg and Washington, D.C.


Though she just graduated William & Mary a few short weeks ago, Brittany Liu ’16 has landed what she calls the “role of a lifetime.”

When the Virginia Shakespeare Festival opens at Phi Beta Kappa Hall on June 29 with “Romeo and Juliet,” Liu will star as Juliet.